The Victim of a Created Crisis — Left Behind 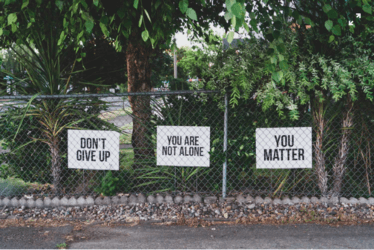 It is not news to anyone that there is an opioid crisis in America. Something needs to be done and done quickly to reduce the number of valuable lives lost daily. People are dying: The young, the old, and those in between. There have been just north of 68,000 overdose deaths in the United States in 2018. The largest new healthcare crisis in America. So you will not likely hear objections to finding definitive answers to a real problem. However, those answers should not cause another crisis.

I want to share the story of a friend who is a victim of the opioid crisis, but she is not a victim in the way most are accustomed to thinking of people involved in this crisis. My friend Diane is a 68 years old who has been healthy most of her life. Then, in 2007, she was hit by an out of control teenage driver on an interstate highway. Just like that, her life changed. She had a fractured femur (the long bone in your upper leg) as well as a fractured hip on the other side of her body. She had several other injuries, but unrelated to this story. She underwent surgery for her fractured femur as well as to replace her fractured hip. The surgeries seemed to have gone well. Understandably, she was in a lot of pain. Her surgeon gave her Percocet® 325/10 (acetaminophen 325mg/hydrocodone 10mg) to help her deal with post-surgical pain so that she could adequately participate in her physical therapy. She went from taking 4 a day down to 1 every once in a while when she was very uncomfortable. Everything went well until she woke up one day with a fever and increased pain in her right hip. The pain had not completely gone away from either injury but was improving every day. She had not been taking narcotic pain relievers for over a month.

She did not realize on her way to the emergency department that her life was about to turn upside down. It turns out that she had a raging infection in her new hip. It had attacked the bone and was threatening the entire joint. The hip would have to be removed. There was only one explanation for her new predicament: A hospital-acquired infection. Following many weeks of antibiotic treatment through intravenous therapy at home, the hip was removed. She had to function without a hip for about three months until everyone was sure that the infection was completely gone. She was unable to get out of bed for two weeks and even after that she remained with zero weight-bearing. I can only imagine the pain involved in this kind of injury. She was referred to a pain clinic physician (an anesthesiologist with specialized training in pain control) to get her pain under control. She was placed on long-acting opioids (Oxycontin® 10mg, twice a day) and given oxycodone 5mg for when her pain got worse during the day (known as breakthrough pain). This was standard practice at the time. Patients who would require the use of narcotics long term were routinely placed on long-acting narcotics. I will not bore you with the details of four additional surgeries, a new hip that was never quite right, the development of arthritis in the hip from multiple surgeries, and many other issues.

She became what the medical world refers to as a “person in pain”. This is a patient who has significant pain on a daily basis but has no real options from the medical or surgical world to correct it. The thought at the time by pain specialists was that chronic pain would probably be on some type of narcotic for the rest of their lives. This was not thought to be negative as “physically dependent” does not hold the same risks as the addiction that kills so many these days. If the patient has the genes and/or lifestyle conducive to addiction, that is where you get into trouble with abusing medications, increasing doses quickly, drug-seeking behavior, overdose, etc. But in Diane’s case, she was monitored closely by the pain clinic who would ensure that she was taking her medication only as directed and had no increases in dosage beyond what would be expected with normal tolerance issues. Things were going well. Enter the opioid crisis. It is now 12-years-later. She remains in follow up with the same pain clinic, although the original physician is long gone. She faithfully submits to drug tests, medication reconciliation, and she has never missed a pain clinic appointment. Although in some pain, each day is manageable while taking medication. There is no doubt she is physically addicted to opioids evidenced by the fact that she gets signs of withdrawal (stomach pain, diarrhea, irritability) if she misses a dose by as much as a couple of hours. But until now, no one has been concerned because the belief is that she will continue to take the medication forever. Until now. She showed up for her pain clinic appointment and was informed that she is going to be weaned off narcotics over the next month because of the new restrictions on prescribing narcotics. She has suddenly plummeted into a world of withdrawal symptoms, and even after the symptoms are gone she will be back to where she started. Debilitating pain that makes it impossible to go to work, or even to enjoy a walk with no answer from the medical community. Remember the beginning of this mess? The accident was through no fault of her own. The surgical infection that resulted in chronic pain was of no fault of her own. She has done everything she was asked to do and played by all of the rules, yet here she is without an answer. She is a true victim of the opioid crisis.

Medicine is supposed to be an intelligent profession. But sometimes I wonder. We tend to do things in extreme ways. We have gone from prescribing opioids to anyone who wants them to send people home after major surgery with a bare minimum of medication and then telling them to take Tylenol® and suck it up. Those who have ended up addicted, whether through their own fault, the fault of the medical profession, or the fault of their genes, have stolen the attention of medicine. The available resources including funding, time, energy, and training are being utilized to solve this issue. The people paying the price are sadly those patients who would benefit from the judicial use of opioids for relief of their pain. We have implemented so many rules and regulations governing the prescription of opioids of any type or dose that many providers would rather just skip it than to navigate the system in order to provide the correct care. The system has made it difficult to prescribe narcotics in a way that encourages abuse, but it has also made it so cumbersome to prescribe narcotics to those who really need them and now many providers simply no longer do it.

If history repeats itself, it will take several years before the pendulum swings back to the center and we can predictably prescribe where needed and withhold where appropriate. The problem is that many patients will suffer, in pain, while taking Tylenol® in the meantime.

How Our Courses Work

It's really that simple, but we have put all questions into our FAQ.

Your course will be accepted. If you or your employer has any issue with our courses just email us for a 100% refund (guarantee good for 3 months).